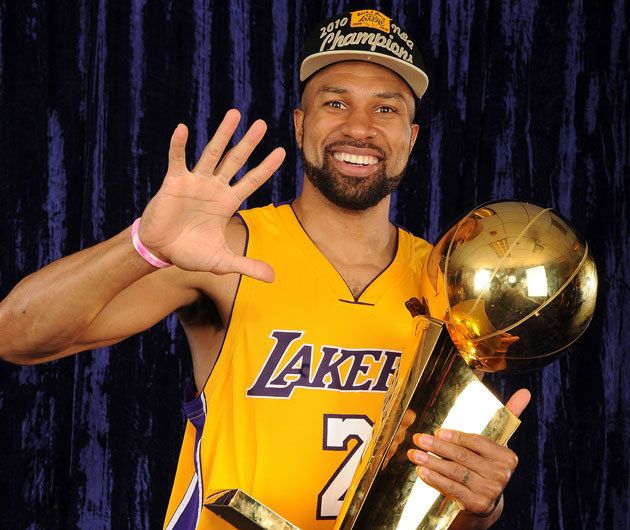 Derek Lamar Fisher is a former player and professional basketball coach from the United States. Fisher was a professional basketball player for 18 years, spending most of his career with the Los Angeles Lakers, with whom he won five NBA titles. He also spent time with the Golden State Warriors, the Utah Jazz, the Oklahoma City Thunder, and the Dallas Mavericks. He has also served as the National Basketball Players Association’s president (NBPA).

The Los Angeles Lakers selected Fisher 24th overall in the 1996 NBA draft, and he played his first eight seasons with them. In this draft, the Los Angeles Lakers also traded for rookie Kobe Bryant, and the two became fast friends. Derek, according to Kobe, was his favorite teammate.

Fisher had a long and successful NBA career, particularly with the Lakers. Fisher was likely most recognized for his leadership, tenacity, and ability to make big plays. In his career, he averaged 8.3 points per game and never scored more than 13.3 points in a single regular season. Throughout his career, he did, however, shoot at least 40% from three-point range four times and 90% from the free-throw line three times in the regular season.

Gotta replace Shaq with Derek Fisher because he has more rings. https://t.co/z22pM3uZHA

Fisher had NBA lifetime postseason records of 259 games played and 161 games won when he retired following the 2013-14 season. In the NBA Finals, he was also third in career three-point field goals.

Fisher was described as “certainly the voice for [the Lakers] as far as leadership goes” by Phil Jackson, while Bryant described him as his favorite teammate.

Fisher garnered the fourth-most votes, 6%, in a Sports Illustrated poll of NBA players in 2011 for being the top flopper in the league. “The contact is taken by Fish. He is capable of drawing and selling offensive fouls “According to Jackson. “We appreciate what he does.”

We use cookies to improve your experience. By continuing to visit this site you agree to our use of cookies.